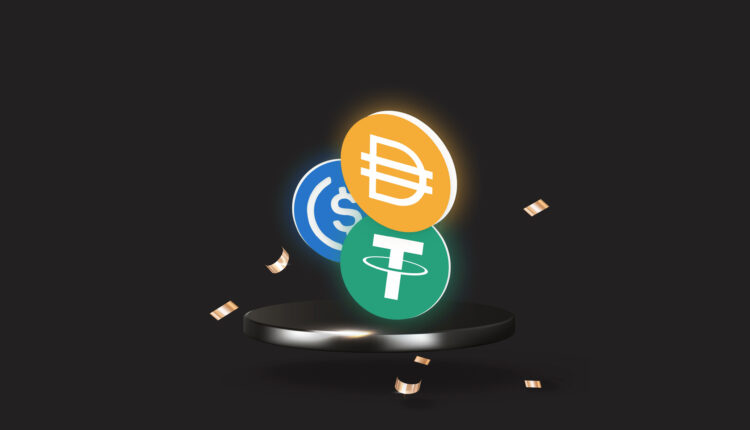 U.S. Securities and Exchange Commission chairman Gary Gensler reiterated his stance on the regulation of cryptocurrencies in a recent presentation for the Washington Post, claiming that most forms of crypto are classified as securities, giving his agency the jurisdictional authority to regulate their exchange.

In the presentation, titled “The Path Forward: Cryptocurrency with Gary Gensler,” the chairman made clear his stance on the industry as a whole and offered up his thoughts on the proper path to regulating what he views as a dangerous and volatile marketplace.

“A lot of people are going to get hurt,” Gensler claimed, comparing the crypto ecosystem to 19th-century Wildcat banking, where unsuspecting customers were issued worthless forms of currency that were said to be backed by securities and bonds. With no federal regulation in place at the time, banks simply took to creating their own forms of currency, leaving holders confused and empty-handed when it came time to collect.

“I don’t think there’s long-term viability for five or six thousand private forms of money,” argued Gensler. He targeted stablecoins with this stance, comparing the form of cryptocurrencies linked to fiat currencies to “poker chips.”

“So in the meantime, I think it’s worthwhile to have an investor-protection regime placed around this.”

Billionaire Mark Cuban took to Twitter to explain why stablecoins most likely would be the first of the cryptocurrencies to see federal regulation. He supported his stance with a thread of comments and questions that echo that of lawmakers who feel that too many uncertainties are supporting a potentially dangerous investment.

Stablecoins have seen a sudden rise in popularity for payments given that they are pegged to a fiat currency, often the US dollar, or gold. The transaction speed and familiar pricetag have seen users exchange the equivalent of trillions of dollars in digital exchanges.

This has caused a great deal of concern for both the SEC and the Treasury Department, who fear that broad public adaptation could create a false sense of security where no true regulation exists.

As the name suggests, stablecoins are stable and see little fluctuation in value. This makes them a preferred option for e-commerce sites not willing to gamble with the never-ending market moves seen with other forms of cryptocurrencies. Stablecoins gives retailers the confidence that selling an item for $100 will lead to the ability to cash out for the same value in fiat.

It is this perceived confidence that alarms the Federal Deposit Insurance Corporation, as the lack of regulation prevents them from confirming that coin issuers actually have the assets to back up the value of the coins being exchanged as currency.

The FDIC was put in place to protect those depositing into insured banks, offering financial safety and consumer protection in the case that assets are not available to cover the amount placed into the insured institution.

Depositing money into one’s account is common practice, and patrons put little to no thought into insurance protection in the case of a loss or failure at the bank. This sense of security hasn’t always existed, and a combination of federal oversights has allowed millions to trust an unknown teller with their hard-earned paycheck.

This comfort level is so natural, in fact, that those investing in cryptocurrency assume that the same level of protection they have known for years is extended to all financial institutions.

Despite the lack of oversight, those behind the stablecoins remain adamant that they have all assets in place and do not require any federal intervention to ensure the safety of their product.

Tether, the most popular of today’s stablecoins, has taken to investing in short-term corporate debt to cover their assets. This approach is similar to the one taken by money market mutual funds, which invest in quality short-term debt instruments and are also uninsured by the FDIC.

The SEC looks unfavorably on this practice, and the group has raised concerns that this activity could hold significant influences over markets that often provide funding for other businesses and the federal government itself.

So Why All The Focus On Stablecoins?

Well, largely because they provide a familiar exchange with a few enhanced features that apparently are valued enough to establish a strong following, despite the lack of government-backed regulation.

Today’s generation of consumers wants things done and done now. Products like Uber, AirBNB, and on-demand streaming services have eliminated established brands and institutions by simply offering a faster, more direct transaction for all involved. Hell, many are perfectly content having their news delivered in 280 characters or less.

The federal banking system is Blockbuster, with your crypto exchange playing the part of Netflix. It’s antiquated, and a growing percentage of the population is migrating to a new, faster alternative.

Estimates suggest that $250 billion worth of stablecoins were transacted in 2019, and that number exploded to more than $1 trillion in 2020. It only took three months for 2021 to equal last year’s total, and stablecoin exchanges totaled more than $1.7 trillion in Q2.

It’s not difficult to understand why federal institutions feel that some form of oversight should be put in place to monitor and oversee these transactions, but the real problem lies in how it could be done.

It is expected that the Federal Reserve, the Treasury, the SEC, and the FDIC will deliver a report sometime over the next few weeks that presents the way forward with federal regulation in the crypto space.

These regulating branches agree that stablecoins fail to live up to their namesake, and little is truly understood about the assets behind them. This instability and uncertainty increased the ability to commit financial fraud and crimes, leaving the unsuspecting victim high and dry.

If the US Treasury gets its way, a framework would be created to offer the proper regulation to protect the stability of these coins and to identify further holes in the system that might leave users exposed to risky and fraudulent activities.

Stablecoin issuers are not backing down from the fight, however, with some even welcoming the scrutiny.

A number of firms are looking to address the concern of assets by borrowing a page from the banks’ playbook, in backing their coins with U.S. government debt and dollars. Some are in the process of establishing privileges similar to those granted to man banks, and crypto-firm Avanti Financial has already been issued a “special issue” bank charter in Wyoming.

Circle, the issuer of the second most popular stablecoin on the market, has submitted an application to qualify as a national bank, claiming that its protection in the form of U.S. government debt and dollars is so strong that it might not require any form of deposit insurance.

Yet, as stablecoins look to establish themselves as honest alternatives to traditional banking methods, the federal government could just as easily issue its own form of a digital currency reliant on the frameworks stablecoins have already established.

If a central bank-issued digital currency became available, one could argue that the others quickly become obsolete.

For now, the crypto world can only anticipate what sort of decision the SEC will hand down in relation to regulation in the space.

“It won’t hurt innovation, nor slow anything down,” continued Cuban in his tweet. “It will open the door for more people to confidently use crypto.