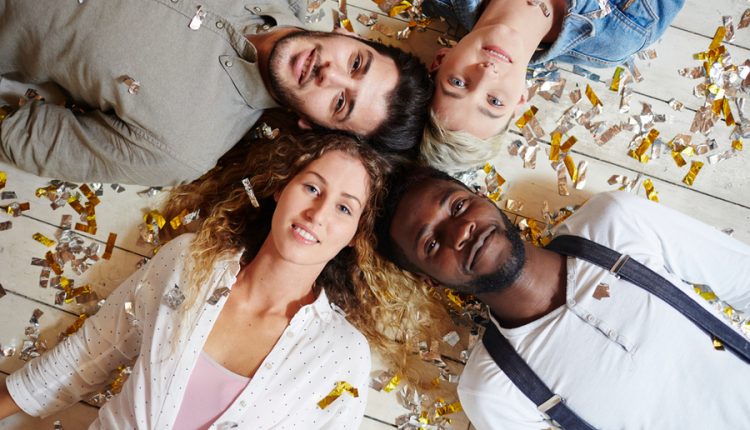 We’ve all heard of ways people can make their housing costs lighter – roommates, friends, and multiple families living in a single dwelling together.  In competitive markets, Toronto, Vancouver, New York, LA, we’re talking about you, it’s not uncommon for friends or multiple couples to pool their down payment money together to afford a home as a part of a longer-term home ownership plan. Others purchase a home and divide it up using part of it as a rental investment, or host temporary housing care of sites like Airbnb, to afford their purchase.

As people are beginning to think outside of the box in terms of housing, they should also look to the people with the most purchasing power, families with three or more income earning adults.

It has been estimated that about four to five percent of the American population is polyamorous, open about having long-term romantic relations with more than one person at a time, with around 20 percent of people saying they’ve at least dabbled in an ethical non-monogamous relationship. Michelle DesRosiers, a self-proclaimed “relationship anarchist” shares her life with four important connections and believes, “arrangements like hers are becoming more common across Canada because she has seen a younger generation edge more towards open or non-monogamous relationships.” While polyamorous families are often asked most about relationship dynamics, jealousy, and how they make it work, this ‘alternative lifestyle’ demographic is rarely talked about in terms of their monetary power.

Michelle Isocianu told The Dales Report she recognized the purchasing power within her polyamorous family right away; “It was important for us to stay in downtown Toronto. Close to family, close to friends. The only ‘affordable’ option that we landed on was Regent Park in 2017 and the only reason it was affordable was because three of us were contributing. The three of us only needed one bedroom to sleep in, so a two-bedroom condo was just fine! Minus the extra paperwork (having to add a line for a third signature), it was smooth sailing. We were able to make a very healthy down payment between the three of us and the help of our families times three. There is absolutely no way we could have afforded the nice condo we have in Toronto if there weren’t three of us involved.”

In terms of real estate professionals being able to wrap their head around this important demographic, when it comes to relationship dynamics and paperwork Michelle adds, “We explained to the realtor a few times that we were buying this place to live in, and not as an investment.  It was a little challenging to convince the lawyer that this was a matrimonial, not a business relationship between the three of us.”