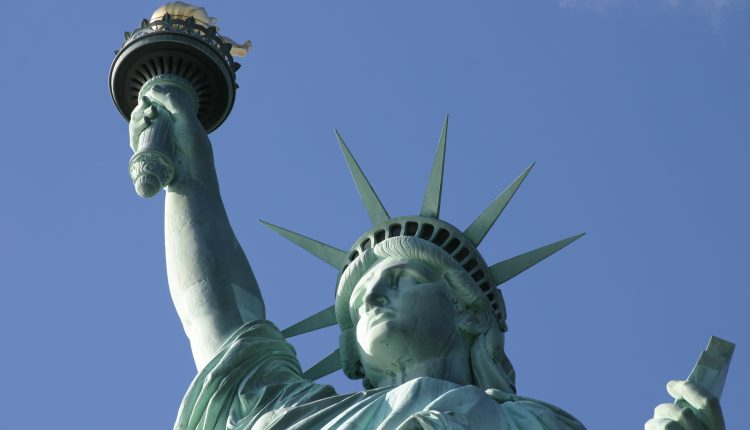 Today’s Democracy and the Divided State of America

Democracy in its purest form isn’t perfect, but it strives for perfection and a higher purpose.  It’s for the people and by the people.  It’s the constitution and the laws of the land that draw the boundaries that keep ambition without consequence in check.  It’s a stage for people with opposing views to debate and find a middle ground of consensus openly and without fear of persecution.  Freedom, inclusivity, and human rights pave the streets of a pure Democracy.

Today Democracy has been overtaken by partisan interests, who favor personal gain. They turn their backs to the institution and idealism that our forebearers fought in trenches to protect.

Take, for example, the proceedings to impeach President Trump. On Wednesday, a deeply divided House of Representatives charged Trump with high crimes and misdemeanors for his abuse of power and obstruction of Congress.  Trump’s impeachment votes marked the culmination of a three-month investigation into allegations that Trump pressured Ukraine to investigate his political rivals by using the withholding of US security assistance and a White House Meeting as his leverage.  The Democrats held the cards, in terms of the number of votes, and played them as a single deck.  One former Republican turned Independent voted with them.

The case now gets set to the Senate where the Republicans hold the majority and have stated, without exception, that the evidence doesn’t matter, that they will vote to stand behind their President.

The Republicans aren’t the only ones who are favoring their agenda over the Law.  Following his impeachment, Trump staged a successful rally in Michigan and framed his charges as meaningless, and speaking of rallies; the stock market continued with its year-long gains.

We have known for years that the Democrats and Republicans no longer favor consensus, and they see their respective roles to secure their personal and party power through working incessantly to reframe the United States of America as the Divided State of America.  Climate change, gun control, health care, immigration, energy, foreign policy, aid, and trade- the mission-critical issues of the day are starving for strategy and direction.  Instead, each is now sharp stones that line the widening moat of inertia and inconsistency.

However, this week the moat was poisoned when the Republican-controlled Senate stated that evidence and Law no longer matter or factor in today’s Democracy.  The very foundation that America and Democracy have stood upon, the constitution and the Law, no longer bear in the weight of decision making.  It is now a numbers game, and each camp numbed to their rhetoric.

The essential question is whether this form of Democracy can hold its own against Dictatorship, like China, which moves in unison?  Some might see this statement treasonist, but I, for one, feel the question is rooted in practicality.   Can America fight a civil war fought with ballots, spin doctors, fake news, and slingshotted through social media counter China, who has a long term view and executes their plan with continuation and conviction?

I am not in favor of any Dictatorships that hold a chosen few in the stratosphere while pillaging or worse eradicating freedom, rights, or even the right to live with all others.

What I am in support of is a reinvention of Democracy in America.  The same degree of reinvention taking hold in every corner of our planet.  America, to remain the world’s leading economic power, must look beyond leveraging its balance sheet and the stock market.  It must lead to solving the planet’s problems-climate, poverty, disease, jobs, and migration, and within America’s borders, and it must have the same bias for affirmative action for all of its citizens.

To do so will require a reboot in the role of Government.  America must reclaim and position Law ahead of any Political Party.  America must come together with a vision that states to its citizens and the world, its intentions, and put in place a long term plan to realize this desired state, regardless of what party is in power.

Health care, education, taxation, infrastructure, research, and all that require hope and horizon beyond a political term require immunization from political interference.