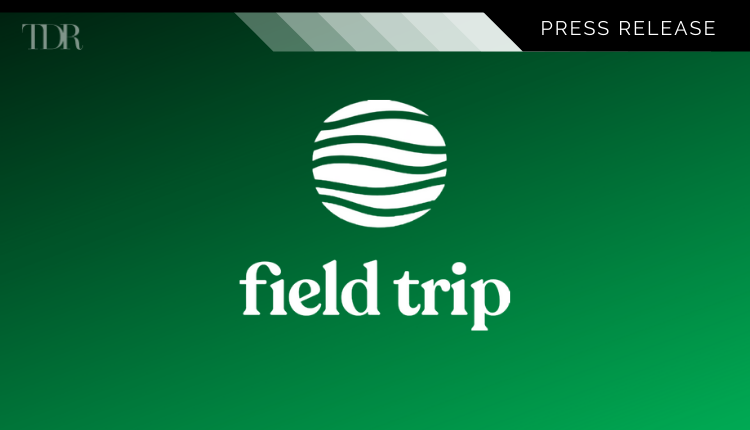 Field Trip Health Ltd. (CNSX: FTRP; OTCMKTS: FTRPF), a leader in the development and delivery of psychedelic therapies, is pleased to announce the appointment of former US Senate Majority Leader Tom Daschle as a Special Adviser to the Company.

Senator Daschle has participated in the development and debate of almost every major public policy issue of the last three decades and is a pre-eminent expert on health policy reform. With the psychedelics industry now gaining significant traction among scientists and an increasing number of clinical trials launching, we are looking forward to working with Senator Daschle to advance society’s understanding of psychedelics and their potential to revolutionize our approach to mental, emotional and behavioral health.

“There is a paradigm shift underway in our understanding about the role that psychedelics can play in the field of mental health and well-being, being primarily driven by scientists that are dedicating their time and energy to studying and understanding these molecules. Given the urgent need to respond to the global mental health crisis, as well as the impending mental health fallout from the COVID-19 pandemic, it is of vital importance that public policy keeps up with these advances. Field Trip has proven itself to be a leader in this industry and I look forward to partnering with them to advance this mission,” said Senator Tom Daschle.

Senator Daschle is one of the longest serving Senate Democratic leaders in history and one of only two to serve twice as both Majority and Minority Leader. In 1978, he was elected to the U.S. House of Representatives, where he served eight years. In 1986, he was elected to the U.S. Senate and was chosen as Senate Democratic Leader in 1994. Senator Daschle is also the Founder and CEO of the Daschle Group, a Public Policy Advisory of Baker Donelson and a legal and government affairs firm that advises clients on a broad array of economic, policy and political issues.

Senator Daschle is the co-founder of the Bipartisan Policy Center and co-chair of the National Institute for Civil Discourse. He is also Vice Chair for the National Democratic Institute and on the Board of Directors at the Center for American Progress. He also serves on the board of the Edward M. Kennedy Institute and the LBJ Foundation and is a member of the Health Policy and Management Executive Council at the Harvard School of Public Health and the Council of Foreign Relations.

Born in Aberdeen, South Dakota, Senator Daschle graduated from South Dakota State University and then served for three years as an intelligence officer in the U.S. Air Force Strategic Command. After leaving the Senate in 2005, Senator Daschle joined Alston & Bird LLP as a special policy advisor and then went on to work in the same role at the DLA Piper before establishing The Daschle Group.

In consideration of the services, Senator Daschle will be receiving a stipend and options consistent with grants made to the members of the board of directors of Field Trip.