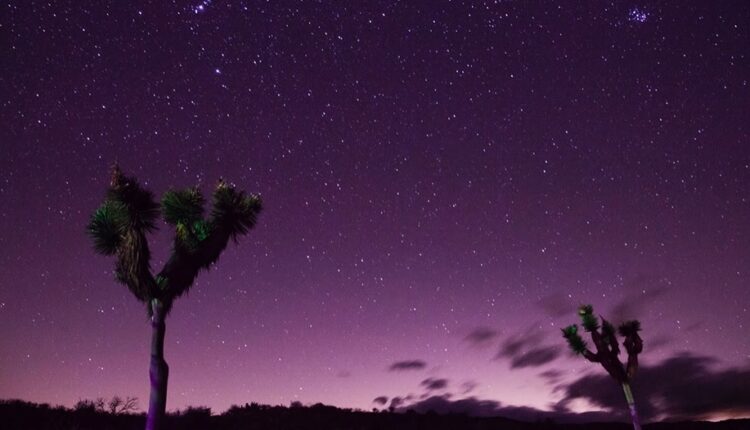 Welcome to TDR’s review of the Top 5 Psychedelic developments for the week of March 14. Aside from presenting a synopsis of events, we provide market commentary to summarize the week that was for publicly-listed companies.

Wesana Health Holdings (CNSX: WESA; OTCMKTS: WSNAF) announced that they have received a full written response from the Food and Drug Administration (FDA) regarding their pre-Investigational New Drug (IND) meeting for the novel therapy and proprietary protocol of SANA-013 for the treatment of Traumatic Brain Injury (TBI) related major depressive disorder (MDD).

The company received positive written responses from the FDA on March 11 th outlining the requirements to open the IND and commence with clinical studies for SANA-013. The company believes the written response provides a path to agreements on IND-enabling studies and validates the team’s effort and accomplishments over the past year. Wesana intends to initiate its in-human clinical study program in late 2022. The FDA response also provided important insights pertaining to advancing SANA-013 as a potential treatment for TBI-related MDD.

The LSD Clinical Trial is the most advanced program in MindMed’s clinical drug development pipeline and is the first commercial study of LSD in over 40 years. The primary objective of the study is to determine the reduction in anxiety symptoms for up to twelve weeks after a single administration of MindMed’s proprietary drug candidate, MM-120, a pharmacologically optimized form of LSD being developed for GAD and other brain-based disorders. The multi-site LSD Clinical Trial plans to enroll 200 participants with dosing expected later this year.

Cost-Effectiveness Of MDMA-Assisted Therapy For The Treatment Of PTSD In The United States: Findings From A Phase 3 Trial

The biggest psychedelic stocks mostly rose this past week as volumes generally picked up. The Horizon Psychedelic Stock Index ETF (PSYK) advanced ↑4.71%, but trailed peers indexes such as the Nasdaq Junior Biotechnology Index (↑7.25%) and Nasdaq Biotechnology Ishares ETF (↑8.57%). The broad markets had their strongest gains in nearly two years, with NASDAQ 100 ↑8.63% and S&P 500 ↑6.50% rising despite the Federal Reserve raising its benchmark interest rate by 25 basis points. Here’s how the Health Care (Biotechnology) sector performed:

Strong performance for several psychedelic stocks, as the global stock market rebound raised all boats, benefitting speculative psychedelic plays. Of note: Field Trip Health found a bid (+17.8 on Friday; +34.28% overall) as Connecticut legislative committee approved a bill that would allow the state up to provide patients with access to psychedelic-assisted treatment with substances like MDMA and psilocybin. Field Trip has previously signed leases for Field Trip Health Centers in several cities, including Stamford, CT. Novamind and Wesana Health topped the junior gainers. Full list below:

Awakn Life Sciences announced that the company has appointed Kevin Lorenz as their U.S. Head of Commercial Development, effective immediately. Mr. Lorenz will lead Awakn’s therapeutics commercialization activities in the United States, starting with the launch of its Licensing Partnership business which is scheduled and expected to generate revenue for the second half of 2022.

Bright Minds Biosciences announced the successful completion of 28-day repeat-dose toxicity studies for its lead product, BMB-101. Importantly, there were no major toxicological findings after twice daily oral administration of BMB-101 throughout the study period.

California activists drop 2022 psilocybin legalization ballot initiative after falling short of signature requirement: “For those of you working on ending the drug war…keep fighting the good fight, it’s worth it.”

Colorado activists have made a decision: of the four psychedelics reform ballot initiatives that they drafted and filed for the November ballot, they will proceed with a measure to legalize psilocybin, create licensed “healing centers” where people can use the psychedelic for therapeutic purposes and provide a pathway for record sealing for prior convictions.

Enveric Biosciences announced that the Company’s first four Patent Cooperation Treaty (PCT) applications for the tryptamine family of novel molecules have been published by the World Intellectual Property Organization. Additional PCT patent applications are expected to publish over the coming months.

Mind Cure Health announced that a special committee of the company’s board of directors has concluded the initial phases of its previously announced strategic review process.

New research provides evidence that MDMA-assisted psychotherapy can improve and extend lives of patients with chronic and severe posttraumatic stress disorder while also reducing healthcare costs. The findings have been published in the journal PLOS One.

Numinus Wellness announced that its research lab, Numinus Bioscience, has been approved by the Public Health Agency of Canada for a Containment Level 2 (CL2) pathogens and toxins license, following upgrading of the facility.

PsyBio Therapeutics has entered into a definitive agreement to acquire all of the issued and outstanding shares of Everest Pharma (Pty) Ltd., a Lesotho Company located in Southern Africa , as part of its ongoing Impact Investment Strategy.

Seelos Therapeutics: B. Riley analyst Mayank Mamtani lowered the firm’s price target on SEEL to $4 from $6 and keeps a Buy rating on the shares. The analyst dropped the price target to account for higher cost of capital to support the company’s relatively higher operating expenditure ramp.

A Maryland House of Delegates committee on Tuesday held a hearing on a bill to create a state fund that could be used to provide access to psychedelics like psilocybin, MDMA and ketamine for military veterans suffering from post-traumatic stress disorder (PTSD). The measure, which is being considered as separate proposals to legalize marijuana in the state are advancing in the legislature, would also support research into the therapeutic potential of psychedelic substances.

The proposal would establish what’s being called the Post-Traumatic Stress Disorder Alternative Therapies Fund. In addition to funding research into psychedelics through the state Department of Health, the dollars would also be appropriated under the bill to improve “access to alternative therapies for veterans with post-traumatic stress disorder.”

Colorado activists have made a decision: of the four psychedelics reform ballot initiatives that they drafted and filed for the November ballot, they will proceed with a measure to legalize psilocybin, create licensed “healing centers” where people can use the psychedelic for therapeutic purposes and provide a pathway for record sealing for prior convictions.

The Natural Medicine Health Act would create a state-regulated system for safe and supported access to natural medicine like psilocybin mushrooms,” he said. “Under the Act, adults 21 and older could access natural medicines that show promise in improving mental wellness while under the guidance of a licensed and trained facilitator at licensed healing centers…

The proposal would also eventually allow regulators to decide whether to legalize DMT, ibogaine and mescaline.

The New Approach PAC-backed campaign went into this election season with several options. Colorado officials have given tentative approval to the ballot language of four psychedelics reform measures that they submitted—all titled the Natural Medicine Health Act—but it was always the plan to pursue only one version. Now they’ve requested permission from the state to start signature gathering for Initiative 58.

Update: A Connecticut legislative committee on Friday approved a bill that would set the state up to provide certain patients with access to psychedelic-assisted treatment with substances like MDMA and psilocybin.

The measure, HB 5396, would create psychedelic treatment centers in the state, pending approval of the substances by the federal Food and Drug Administration (FDA) under its expanded access program for investigational new drugs.