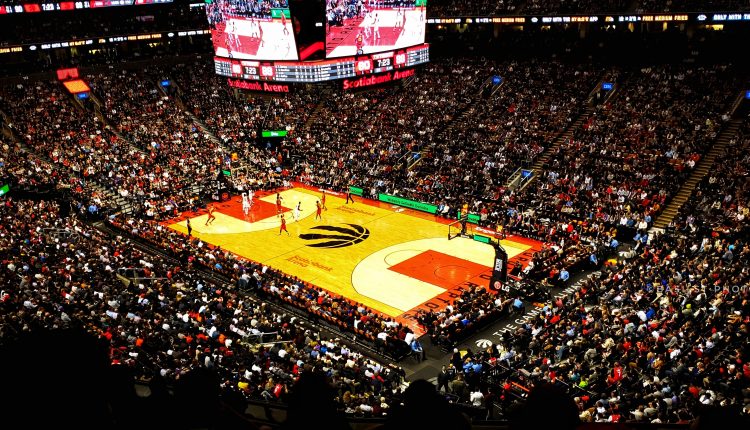 As a result of the COVID-19 global pandemic, one of the largest, most lucrative and most beloved industries in America is completely on hiatus. And while it’s absolutely understandable that American professional sports have been shut down, millions of Americans — those with business interests in that realm as well as those who rely on it as an outlet — are eagerly awaiting the return of the National Basketball Association, the National Hockey League, Major League Baseball and various other pro leagues that generate significant revenue and joy.

The combined net worth of the 123 organizations in America’s four major professional team sports leagues is an estimated $192 billion. These aren’t small potatoes, and there are hundreds of vendors, dozens of concessionaires, thousands of sponsors and thousands of team and league employees who rely heavily on the ongoing activity of the American pro sports market, not to mention countless supply chains (and the employees of companies within those chains) that depend on that industry.

Right now, nobody knows when leagues can return to action, or the form in which that might happen, which is undoubtedly causing concern among those who are deeply invested if not reliant on pro sports, financially or otherwise.

Dallas Mavericks owner Mark Cuban recently suggested that the NBA might be able to resume its suspended season by the middle of May, but the US Centers for Disease Control and Prevention has recommended no gatherings of 50 people or more until at least the second week of May. You’d have to think it’s highly unlikely that any public health institute would suddenly deem it appropriate to fill dozens of arenas with 15,000 or more people at that point in time, which means games would probably proceed without spectators.

That would bail out television networks and a lot of league and team employees, and it would certainly help a lot of us fans with our mental health, but it would do very little to save supply chains that are reliant on demand from vendors and concessionaires.

And then there are potential concerns related to hotbeds. While it’s feasible that much of North America will begin to encounter a semblance of relief from the outbreak later this spring and into summer, what if New York and Seattle continue to be disproportionately pounded by the coronavirus? What if players refuse to play on the road against the New York Knicks or the Seattle Mariners?

Could leagues be forced to move games out of those locations? That would put those teams at a disadvantage, but without fans that effect would be limited, and that might be the only option on the table.

A worse-but-still-not-worst-case scenario would see leagues forcibly contracting on a temporary basis. The Knicks are virtually out of playoff contention, so is it worth the risk and hassle for them to finish their season in June?

And even when leagues get the green light to allow fans back into stadiums, do they fill them up? A happy medium could involve teams selling only every third seat in order to adhere to any recommendations regarding crowd sizes and/or social distancing.

So much remains unknown, which is why — at this point — we’d be better off lowering our expectations for a return of pro sports.

For many, from a financial and/or emotional standpoint, that’s easier said than done.