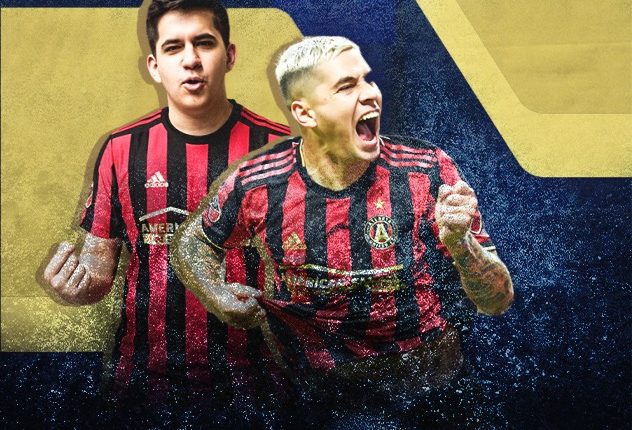 Viewers tuning into Fox Sports or TSN in mid-April may have been coming across something they had not seen before – Major League Soccer happening through a computer screen instead of it playing out on a real live pitch.

The global pandemic hit the pause button on professional sports and in the need to continuously fill their schedule with new and engaging content, broadcasters have embraced the exploding world of esports.

The eMLS Tournament Special presented by Coca-Cola and PlayStation was a 16-team tournament featuring some of the best FIFA 20 players from MLS rosters paired up with some of the top FIFA 20 eMLS professionals in the world. This tournament brought together some of MLS’ biggest stars such as Nani and Delgado as well as the eMLS’ BITW7.

The 5-week Special Tournament was part of the MLS hunger relief initiative in response to COVID-19. But while the tournament was an exciting new experience for many viewers, eMLS has been around for years with an incredibly active fanbase tuning in on Twitch, Twitter and MLSsoccer.com

eMLS League Series began in January of this year with a series of live-streamed tournaments that eventually led to the eMLS Cup – a league qualifier for the FIFA eWorld Cup.

The eWorld Cup is a tournament that engages millions of people competing in the earliest online stages. A tournament so large that it has been recognized as the world’s largest online esports game by Guinness World Records.

Networks diving into the world of esports have offered viewers a variety of experiences. People can watch professional athletes pairing up with esport professionals, athletes playing video games against one another, or even open esports competitions that bring in people from around the world. The lack of traditional sports has allowed esports to take over broadcast television and brought it from its active Twitch audiences into mainstream media.

Manny Anekal, the founder of The Next Level, has said that the lack of real sports programming has forced networks to pivot to esports in order to satisfy audiences who crave live content.

“Esports doesn’t need TV, TV needs esports,” says Anekal. “Esports has grown up in a digital age and the viewership experience is native to digital. Esports was never meant to thrive on TV. There are great numbers now due to the lack of content… When TV changes conceptually in a few years, we will see what happens to esports viewership then.”

The pandemic has not only given a broadcast profile to esport tournaments, but it has also created a new interaction between traditional athletes with their esport equivalent. The eMLS Special Tournament brought in some of MLS’ biggest names and with them mainstream traditional viewers. While it is exciting for fans to see their athletes play in a different concept, it also provides athletes with an outlet for their competitiveness and a new opportunity to engage with their fans in innovative ways.

However the pandemic continues to impact professional sports, esports will still be an important aspect of broadcast sport channels. While the total audience for virtual games may never come close to the audience of the real thing, esports deliver a younger demographic that is of key interest to advertisers. iRacing on Fox lowered the average age of viewers by 3 years compared to live NASCAR broadcasts and the NBA reported that 48% of their viewers for an NBA 2k20 broadcasts were under 45 years old.