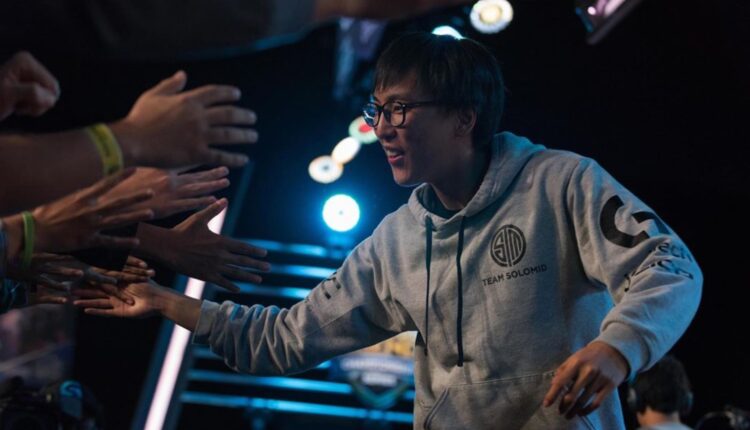 Why the TSM – Doublelift Controversy Was So Controversial

Conflicts of interest happen often in sports, business, and all forms of day-to-day life, but professional League of Legends player Yiliang “Doublift” Peng’s relationship with TSM president Aileena Xu caused many in the esports community to speak out. There were several points of view in the community, but let’s look right at why the move was so controversial in the first place.

Doublelift is considered one of NA’s premiere star players and has built a gigantic fanbase for himself in the years he has competed in the League Championship Series (LCS). While Doublelift helped Team Liquid to win four LCS titles back to back and come runner up at the Mid Season Invitational in 2019, his play in 2020 looked uninspired as he publicly complained he was demotivated.

Doublelift’s motivational issues led to his benching from Team Liquid and he was considered the big trade piece in this year’s offseason. While TSM had issues in the 2020 spring split, many considered their ADC (attack damage carry) to not be the problem. When Doublelift was announced to be headed to TSM many questioned the move as he was at best a lateral move that didn’t solve the team’s issues.

Doublelift started dating his current girlfriend Aileena Xu in September 2019 while he was still on Team Liquid. Ms. Xu, better known as “Leena,” manages TSM operations and is a big reason why many cry foul about the entire ordeal. Leena’s role in TSM’s day to-day-operations is not exactly clear, but the controversy reached its peak when she could be heard on Doublelift’s stream talking about a (then) player on TSM having a contract that “no one wanted to pick up.”

Even if she did not mean to say this, the public statement torpedoed Dardoch’s chances of finding a new home in the LCS at a reasonable salary because it took any bargaining power out of his hands. Leena quickly issued an apology on Twitlonger, but the damage was already done. While Dardoch was able to find a home at Team Dignitas’ Academy team, there was a serious chance he would miss out on the action entirely after the comments.

In corporate America, fraternizing in the workplace is generally frowned upon, but in traditional sports, this is generally not an issue because most franchises are entirely male. While esports is male-dominated, there have been women moving into decision making positions such as Nicole Jamison at Evil Geniuses, Tricia Sugita at FlyQuest, and Leena at TSM.

The problem is not that Leena is in a position of power, it is that she is dating someone that she plays a role in hiring/firing because it can lead to special treatment. For many, this was the biggest issue as Doublelift was replacing a really good player when TSM should be looking to shore up the jungling position and finding new coaching staff.

How the TSM conundrum affected esports

Riot Games, the publisher of League of Legends, felt there was no discernable conflict of interest over TSM picking up Doublelift and approved the transfer which drew a big backlash in the community.

The LCS commissioner Chris Greely stated that the league reviewed all relevant information in the trade and thus approved it, but many feel that the LCS is sheltering TSM from repercussions because they are a brand name. The issue at the end of the day isn’t whether it was a conflict of interest or not, but what the LCS ruling means for both the LCS and esports as a whole going forward.

When a big decision is made it sets a precedent going forward for everyone else, and for the LCS to rule that this was okay means if a similar scenario happened in the future with a smaller organization it will be very interesting to see how the LCS reacts. Outside of future reactions, this decision also impacts the esports space because it propagates a negative view of how business should be done.

Business dealings shouldn’t be revealed on a personal stream such as Doublelift’s and players shouldn’t be openly discussing things that should be held behind NDAs, and the way the entire situation was conducted by both Doublelift and TSM was less than acceptable from professionals.