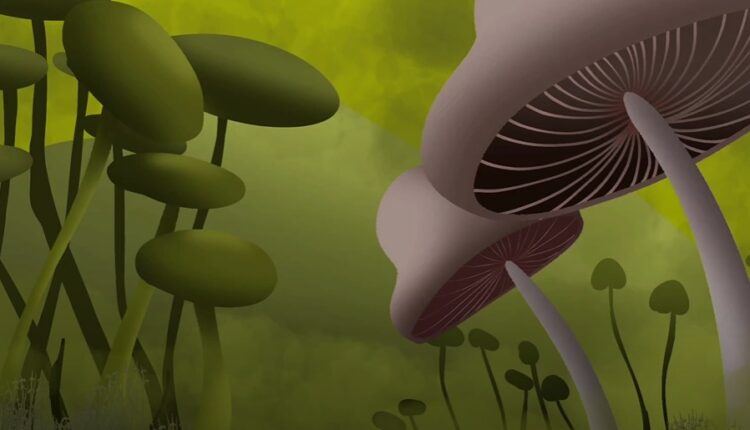 Welcome to TDR’s review of the Top 5 Psychedelic developments for the week of September 27. Aside from presenting a synopsis of events, we provide market commentary to summarize the week that was for publicly-listed companies.

Braxia Scientific Corp. (CSE: BRAX) (OTC: BRAXF) reports encouraging preliminary findings of a recent clinical study that suggests ketamine may be as effective as a standalone antidepressant, versus as an adjunctive therapy.
The study, which was conducted at the Canadian Rapid Treatment Centre of Excellence (CRTCE), a wholly owned Braxia subsidiary, showed comparable clinical benefits in a large sample of 220 patients with treatment-resistant depression (TRD) who received intravenous (IV) ketamine infusions as a monotherapy, as compared with those receiving IV ketamine in addition to oral antidepressants.

Following the study protocols, participants in the ketamine monotherapy group achieved response and remission rates of 39.1% and 17.4%, respectively. Meanwhile, those receiving ketamine treatment adjunct to antidepressants, saw corresponding rates of 21.9% and 6.7%.

MINDCURE Health (CSE: MCUR) has announced the launch of the Desire Project, a clinical research program that will focus on the treatment of female hypoactive sexual desire disorder, or HSDD, a condition that may occur in up to one third of adult women in the U.S. Specifically, the program will utilize MDMA along with assisted psychotherapy.

This research program will mark the first psychedelic-based treatment program targeted at addressing this indication—a common sexual disorder characterized by persistent low sexual desire and emotional distress not attributable to an existing medical condition or relationship issue. According to current estimates, HSDD affects 10% of adult women and 14% of premenopausal adult women, all reporting that their low desire results in a state of distress. In the U.S. alone, HSDD affects an estimated 9.5 million premenopausal women. HSDD is also present in men.

3. Biotech and Pharmaceutical Stocks Sink Across The Board, Following Broad Market Slump

The biggest psychedelic stocks mostly declined this past week, with the Horizon Psychedelic Stock Index ETF (PSYK) sinking all five sessions and ↓5.80% on aggregate. Volume remained light, falling modestly. The performance in PSYK registered below the Nasdaq Junior Biotechnology Index (↓3.63%), but above the Nasdaq Biotechnology Ishares ETF (↓6.78%), amid broad indexes that were generally under pressure.

Elon Musk went on to predict that as a new generation of lawmakers comes into power, the world will see greater acceptance of psychedelics and their purported benefits.

Grand Rapids, MI decided to support and call for the decriminalization of naturally occurring psychedelic substances including psilocybin and ayahuasca on Tuesday by a vote of 5-2.

MindMed announced the addition of Bryan L. Roth, MD, PhD to its Scientific Advisory Board. Dr. Roth has spent over 30 years studying molecular neuropharmacology. He is the Michael Hooker Distinguished Professor in the Department of Pharmacology at the University of North Carolina’s (UNC) School of Medicine.

Mindset Pharma announced that, in addition to its potential lead new chemical entity candidate, MSP-4018, the company has identified two additional pipeline opportunities from its Family 4 compounds, MSP-4019 and MSP-4020.

Novamind has opened its sixth integrative psychiatry clinic. The clinic is in Murray, Utah. The Murray Clinic also serves as the company’s third clinical research site, and it is expects 65,000 visits to its clinics this year.

PharmaDrug Inc. has been granted a Pre-Investigational New Drug meeting with the U.S. Food and Drug Administration (FDA) for the clinical development of its patented enteric-coated formulation of cepharanthine (PD-001), an oral antiviral pill as a potential treatment for mild-moderate COVID-19.

The top Democrat in the Florida Senate filed a bill on September 24 that would require the state to research the medical benefits of psychedelics such as psilocybin and MDMA.

This is one of the rare times it would be ok to Texas our Florida, since the Lone Star State is one of many who embrace the FDA’s breakthrough designation for alternate mental health therapies such as psilocybin. This bill will send our state in the right direction, especially amongst our veterans, for patients who are resistant to traditional mental health therapies.

If enacted, the state Department of Health would be directed to “conduct a study evaluating the therapeutic efficacy of alternative therapies” such as those substances, as well as ketamine, “in treating mental health and other medical conditions,” including depression, anxiety, post-traumatic stress disorder (PTSD), bipolar disorder, chronic pain and migraines.

The proposal, sponsored by Senate Minority Leader Lauren Book (D) is modeled on legislation enacted into law in Texas earlier this year that similarly instructs officials in that state to research the therapeutic value of certain psychedelics, although that bill had a narrower focus on helping military veterans with PTSD.