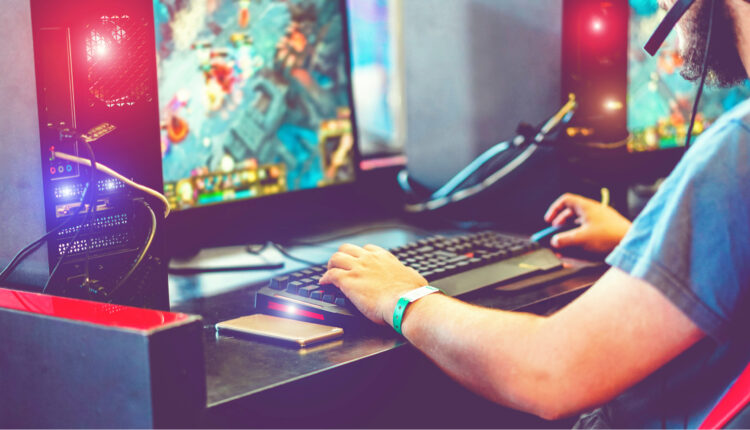 Co-streaming has benefitted multiple tournaments by boosting viewership they would otherwise lose to big streamers, but it has also become a branding concern. How can tournament organizers fix that?

This week, esports such as Valorant and League of Legends have been creating must watch moments in LAN bubble environments. While the excitement for LAN competition has been palpable, Twitter was caught up over the boom in “co-streaming” for these big events.

So, what really is co-streaming and why is it suddenly relevant?

Co-streaming is when a publisher (ex.Riot Games) works with popular influencers to promote the broadcast of an official stream. In this week’s case, streamers like Shroud and pokimane are raking in hundreds of thousands of viewers for Riot’s VCT event.

Co-streamers are often part of a program that involves signing up and has strict rules, but sometimes the program is less structured. For League of Legends, Riot just announced an official LCS Watch Party Roster which includes former pro players and popular League of Legensd personalities.

Co-streaming has been around for a while, but has become a hot button topic after a MonteCristo tweet ignited a firestorm of discussion around it.

Why is co-streaming now a problem?

While it is not 100% a problem, co-streaming offers as many problems as it does solutions. The idea around co-streaming is to leverage an individual influencer’s brand to promote an official stream.

The brand might have rules on sponsors, language, and other things to ensure a good experience, but the co-streamer essentially augments the official viewing experience. Some view co-streaming as a great short-term move for Valorant to increase eyeballs on a big event (over 750,000 tuned in so far thanks to co-streaming), but there is no evidence to suggest these viewers are loyal to the product versus the influencer.

Riot needs to convert casual shroud and pokimane viewers into Valorant viewers long term, and so far co-streaming does not have an answer to that problem. It also brings up the problem of the actual broadcast. Watching shroud co-stream Valorant is great because he provides insight from his ex-professional point of view.

While this can be both entertaining and insightful, it often replaces the commentary that Riot pays for on the official stream and can hamper efforts to monetize the stream through ad placements.

Riot might have guidelines in place to moderate co-streamers behaviors, but monetization is a challenge that will require new and innovative solutions to combat.

What is the future of co-streaming?

Co-streaming is definitely here to stay in the short to medium term future, as it has been essential to growing leagues such as the LCS and VCT in the casual space. Influencers on Twitch hold a lot of sway over how people perceive games, and it gives them a powerful position on how companies approach them.

Co-streaming will not go away in the near future, but expect companies like Riot and Ubisoft to try and find new and innovative approaches for co-streaming to promote directly watching the broadcast.

At the end of the day, companies like Riot (LCS, VCT) Ubisoft (R6S), and Microsoft (HCS) are looking to create revenue through their esports programs, and co-streamers are a means to an end. In the future, production moves such as squad streams (Twitch feature) and more hyper focused watch parties will become more normal as companies look to grow partnerships with brands meaningfully.