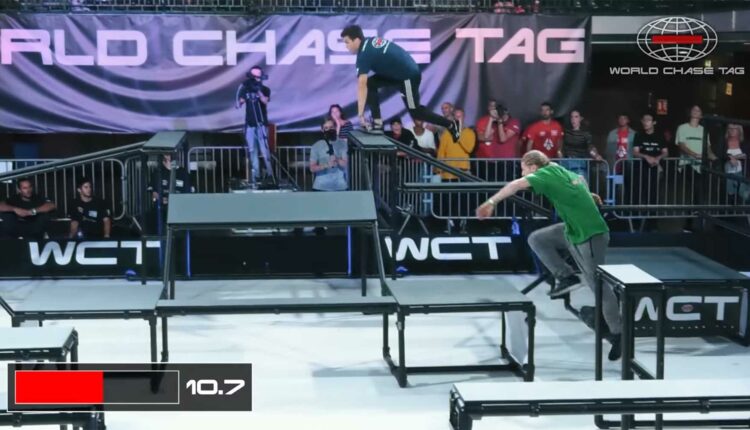 World Chase Tag Is Intriguing But Not An Esport

World Chase Tag is a phenomenal product, but despite its home online is not an esport.

Recently esports Twitter reacted to an opinion piece in The Esports Observer arguing that World Chase Tag is an esport. The argument revolved around it being similar to round based esports like CS:GO and Valorant, and being primarily consumed on platforms like YouTube and social media.

While not entirely wrong (we wrote about chess being an esport for example), I believe it is unfair to call WCT an esport because its primarily physical. Some sports like drone racing marry the physical and digital to create an unique experience, but this is a primarily physical no frills sport.

If the course featured more digital/technology or if it incorporated some Augmented Reality (AR) into it you could make a case for it being a digital sport, but esport just isn’t the proper label. “But does it really matter what its labeled?” Yes, and it does because embracing everything as an esport only muddles what esports really are.

While it might not be an esport, I am happy that WCT has been framed as an emerging sport. The original author was correct in how amazing the viewing experience is for a casual observer of WCT is.

Just watch the above match viewed over 40 million times and you will understand what gives the game so much appeal. The rules are simple: a chaser has twenty seconds to catch an evader to score a point. Teams face off 16 times to decide a winner, and the downtime between rounds is minimal.

The appeal comes from how tight the escapes can be, and the incredible route running evaders take over the course. The YouTube videos are amazing for their excellent videography, lack of downtime, and suspense created through excellent casting and crowd reactions.

It might not be a super strategic sport like American football or a mercurial experience like baseball, but it has enough potential for variety to appeal to a young audience.

Future for Tag and other “New Sports”

There is not much difference between emerging sports like drone racing, Tag, or esports and X-Games which is why we’ve seen a lot of crossover between the two. Tag is an emerging sport that could see it grow to become an X-Games sport, but the sport has a much different ceiling.

Skateboarding became mainstream due to pioneers like Tony Hawk and Rodney Mullen, but as a sport it never entered the same status as other individual sports like golf. Sports like skateboarding and tag are much more niche despite being activities that are almost near universal.

Tag in of itself is much more informal/free form than the standardized version presented in WCT. WCT is the result of other disciplines such as parkour and freerunning that combines to form its own discipline. For WCT to grow, it needs to focus on providing more ways for kids and fans to practice on tournament style courts worldwide.

WCT has a bright future for its fun, thrilling competitions, but I would hesitate to call it an esport. Regardless, it is definitely a business to watch especially with a tournament showcase on ESPN this August.