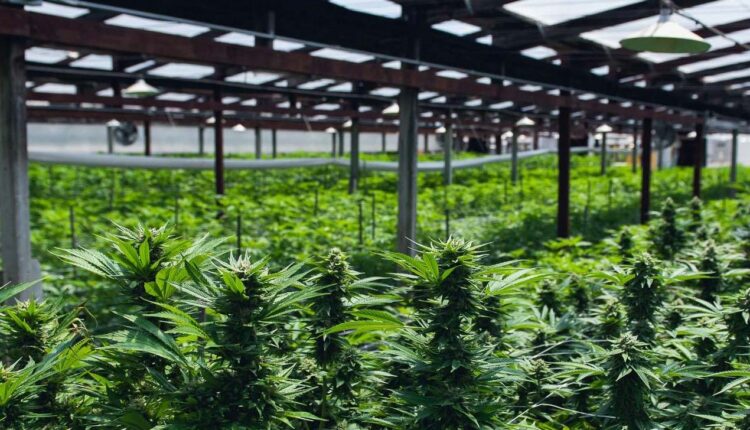 Top 5 Industry Highlights and Lowlights For U.S. Cannabis MSOs In 2022

It’s been an exceptionally volatile and disappointing year for U.S. cannabis multi-state operators from a capital markets perspective. While aggregate sales grew nationwide, new states came online and others were voted in by the electorate, the market, as typified by the AdvisorShares Pure US Cannabis ETF (MSOS), crashed. It was not the favorable investors had hoped for following early year expectations that 2022 would be the year federal reform would arrive,

Thus, TDR takes a look at 5 highlights & lowlights for the industry’s multi-state operators (MSOS) as they get ready to usher-in a new year.

In August, a federal appellate court ruled that Maine’s law prohibiting non-residents from owning medical marijuana businesses in the state violates the U.S. Constitution. Industry stakeholders have been closely monitoring the case, as many have argued that the Constitution’s dormant Commerce Clause at the center of the ruling does, in fact, apply to the marijuana industry, regardless of ongoing federal cannabis prohibition.

Recreational cannabis sales in New Jersey officially began on April 21, 2022 with great fanfare. Facilities that obtained the license necessary to sell cannabis opened their doors to adult cannabis users. All in all, a dozen medical marijuana dispensaries throughout the state secured the licenses necessary to legally sell cannabis to persons 21 years of age and older. Previously to the opening, only about 175 dispensaries were open in state to serve a population of around 8.88 million people.

Unfortunately, the much-ballyhooed New Jersey launch didn’t stem price weakness for some of the most leveraged companies on a percentage compared to overall footprint, such as TerrAscend (OTCMKTS: TRSSF) and Ascend Wellness Holdings (OTCMKTS: AAWH). Within a week’s time, both companies were making fresh YTD lows.

3. Maryland and Missouri Add To List Of Legal States

Maryland’s voters approved Maryland Question 4 referendum in November with 67.2% of votes in favor of legalization. This means that starting July 2023, adults over 21 can possess up to an ounce-and-a-half of cannabis and 10 grams of cannabis concentrates.

On November 8, Missourians legalized recreational marijuana by voting “yes” on Amendment 3. As a result, cannabis products like marijuana flower or edibles will be available for purchase in the coming months. According to the Missouri Department of Health & Senior Services (DHSS), the organization overseeing the state’s marijuana businesses, the transition process won’t be complete until early February 2023. On December 8, all adults ages 21 and older will be able to possess up to 3 ounces of cannabis flower, or its equivalent in other products, without a prescription.

After a half-century in which cannabis has been beset the strictest prohibition allowed under the law, President Joe Biden announced that he would ask the attorney general and the Department of Health and Human Services to review marijuana’s classification under federal law as a schedule one drug—the same classification as heroin and LSD. The move, which come about a month before the midterm elections, represented a striking shift for the federal government on a campaign promise that Mr. Biden made in 2020.

Along with the adjacent announcement of a pardon all prior federal offenses of simple cannabis possession, sent the market into overdrive. MSOS climbed 32.89% on the October 6 session, in what was to be a sell-the news event followed by a steady climb throughout the beginning portion of the lame duck session of Congress.

In turn, this has helped pressure multi-state operators margins which have been forced to cut prices on cannabis products at the dispensary level.

Among the some key restrictions for multi-state operators included:

• A limit on biomass production of 55,000 pounds per annum

With approximately 20.2 million people living in New York—the fourth most populous state in Union—curtailed free market regulatory dynamics were not the result public MSOS were looking for.

2022 can be characterized as a perfect storm of headwinds for the U.S. MSOs, which in turn stunted growth for the public companies that serve it. We have crashing wholesale cannabis prices due to a glut of flower, a slowing economy and pullback in consumer spending, and high inflation which caused producer costs to increase.

These headwinds were reflected in the earnings of the industry’s largest MSOS, where analysts trimmed full year revenue estimates.

From the outset, the Cannabis Administration and Opportunity Act (CAOA) was a disaster in the making. Touted by its co-sponsors as a bill that would “end the federal marijuana prohibition and reinvest in communities most impacted by the failed War on Drugs,” CAOA did not receive any support. Ultimately, the bill was too encompassing to receive enough support from Senate Republicans, and included onerous taxation plans that were shunned by the business community.

1. MSOS Crashes to New All-Time Lows After SAFE Banking Gets Shelved In Congress

This was the second straight year that lame duck reform failed, sending the market into a tailspin. In failing to enact the SAFE Banking Act, the Senate missed an opportunity to pass legislation that would have significantly moved the normalization of the industry forward.